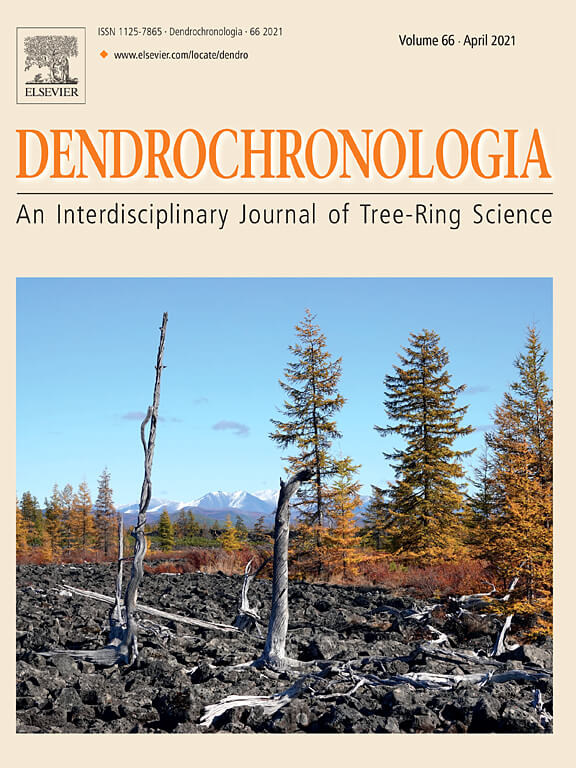 The Pampas is a natural flat region that covers 750 000 km2 in Brazil, Uruguay and Argentina. The driest part of the Argentinean Pampas is occupied by thorny forests dominated by Fabaceae species, mainly by caldén (Prosopis caldenia Burkart). The caldén’s area was affected by large human immigration processes that started in the 18th century up to the last century. Semiarid climate in caldén’s area has made water a critical source for the development of biotic communities and human settlements. Native people dug wells, lined by wooden poles, commonly named jagüeles, in order to have access to drinkable groundwater. Such poles, preserved in the subsoil, were submitted to wood anatomical and dendrochronological analysis, and 18 were collected from three archeological sites. Because the poles were undated, they were compared with two master chronologies of P. caldenia that belong to the area. Anatomical studies determined that the poles belonged to P. caldenia and Prosopis flexuosa. Poles of one of the sampling sites had their last tree rings between 1799 and 1838, which coincided with indigenous occupation period. On the contrary, the samples from the other two sites were placed chronologically between 1885 and 1918, which coincided with the first creole and European occupation. These results show the use of native people’s traditional building strategies by other cultural groups such as the creole and European settlers since the strategies were useful in the semiarid environments.